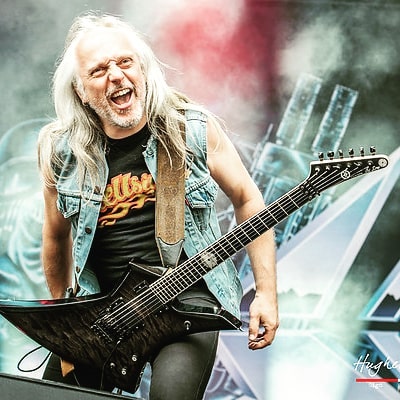 BONDED interview, Bernemann: «I am not really interested in SODOM anymore. I just want to be focused on our own Band»

BONDED band came into the metal world somehow by chance. Suddenly being expelled from SODOM, Bernd «Bernemann» Kost and Markus «Makka» Freiwald decided to continue thrash metal attack on their own: their first album Rest In Violence will be out on Century Media on January 17. Yesterday the band presented new video «Suit Murderer» (check it below) — and here’s Mr.Bernemann himself, telling how it feels like starting a new life after two decades in SODOM. 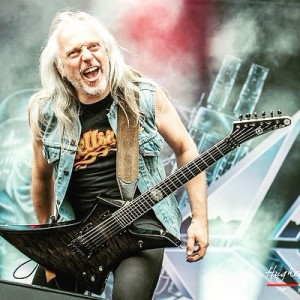 How does it feel to start a new band in 2019, being a well-established musician and knowing now you have to do a lot of things from the very beginning? Is it like starting a new love affair after disbanding with a long-time partner?

Hahaha… Yes, kind of. And it feels good, BONDED is a unit and not a project!

We don’t really start at zero, after all the years being in the business we still have many helpful contacts and with Century Media we have a strong partner beside us. Our new Band mates are friends that we have known for a long time and I know that many people still like us and will support us and our music.

We are very happy about the feedback that we get after our first video releases, and I see that we are on a good way. The latest video «Suit Murderer» is out on the 13th of December and another one will be released in January. It will be the title track «Rest In Violence» (lyric video), in which two friends will be heard. On bass is Speesy from (ex)-KREATOR, and responsible for the vocals is Bobby «Blitz» Ellsworth from OVERKILL. You can believe me that we’re more than happy about this great collaboration with these great guys.

First BONDED album Rest In Violence will be out in January. Speaking about the musical content, is there much of a stuff you’ve been planning for SODOM? And lyrically — will the direction differ in any way? Who’s the man behind the lyrics in the new band?

I already started together with Makka in 2017 writing new songs for the next SODOM album. There will be two or three songs from this time on RIV. After the split I had more than enough time to collect riffs and melodies for new material. Makka and me worked pretty hard on these tracks, at the end we had more than 40 songs, more or less finished.

It was very difficult to find a good singer who fits into the band and in our music. One day a good friend told me about Ingo and we were very impressed by his expressive voice. He’s not a typical thrash singer in my eyes. Ingo is also able to create fantastic hooks and melodies as well as brutal screams — exactly what we wanted.

He alone is responsible for the lyrics. He is open for many themes and don’t want to write just about one single topic. 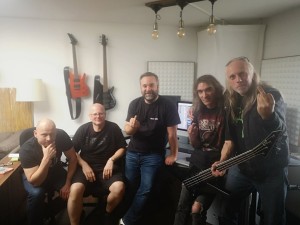 How did you choose the band’s name, were there other variants?

My God, please don’t remind me. We were searching for a fucking long time. Anytime you have an idea and ask Google, you realize that someone else already use that name, unbelievable. We found Band name generators in the internet with the strangest suggestions, weird world. Finally we stumbled over «Bonded». That’s short, sounds well and is a strong statement. Perfect!

Are you following what SODOM are doing now? Is there a feeling of rivalry, need to prove it’s you who owns the songwriting crown?

Since the split I am not really interested in SODOM anymore. I just want to be focused on our own Band. For me it is not a rivalry between us, in the meantime our musical directions are too different. Tom is going more and more old school while we follow the path we have taken with the latest SODOM releases. There is enough space for both bands, and people can decide themselves what they like most. I don’t want to prove something, we have such a great mood into the band that we don’t need any negative thoughts. I would be happy to see some of our old fans again, if you liked the SODOM releases of the last 20 years you sure will like BONDED.

It seemed your split with SODOM was somehow unexpected. But you’ve known each other for so many years, it’s hard to believe you haven’t noticed something is not going alright… Do you think you’ll be able to forgive Tom one day, for the disrespect for everything both of you (I mean you and Makka) done in SODOM?

You are right, it wasn’t totally unexpected for me even if I didn’t know it. I know Tom well and I felt that there was something between us even though we had no dispute. We got different opinions about our setlist in the last years. Like I said, more old school or not? But I always believed that we found a good compromise, I still can’t believe that he fired us without talking an open word before.

Anyway, I am not angry anymore. People getting divorced, losing their jobs or others getting fired from their band. That’s life and it doesn’t make sense to look back all the time. 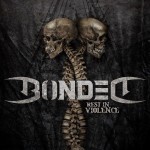 Are you going to play only BONDED material when the concert season starts?

We already played the first gigs with 75 minutes or more, so we need to play other songs as well.

I was responsible for the SODOM riffs in the last nearly 22 years and there are a many songs I am very proud of. Songs like «M-16», «City Of God», «Sacred Warpath»… it’s a great experience to play these tracks with BONDED, they belong to Makka and me, and really kick as. But we will not travel around as a cover band. BONDED material will always have the priority.

I know you’ve never had music as a full-time job, working as a toolmaker in the automotive industries. So you have limited resources for doing promotion, press, social nets, etc — everything the new band requires. Who is gonna take this responsibility in BONDED?

Yes, the time is really limited, but I am happy about the interest in our new Band and we absolutely enjoy it. All of us have to work 40 hours a week in a regular job. We try to share the work as good as possible. Makka and me are doing more interviews at the moment, Chris takes care for Facebook, Instagram… and there’s still enough work left for Marc and Ingo. 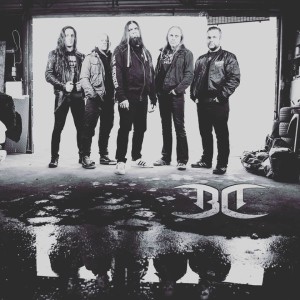 How would you dream to see yourself, let’s say, in 20 years? Still on stage?

In 20 years? Hahaha…. I don’t think so. But I must confess, if you have told me 30 years before, that I am still touring with 56 years I wouldn’t believe that. So, never say never… I am very proud and thankful of this what we’re doing. Since I was 18 nothing changed that much. After work I meet with the boys 2 or 3 times a week in the rehearsal room, having some beer and making music. We enjoy the time together and still making plans for the future. The day will come when this is over but I hope it will take a while…

OVERKILL The Wings Of War. DESTRUCTION Born To Perish.

And finally… Just some words for the people who believe in Bernemann and his endeavors?..

Hi friends, we’re happy to be back. Makka and me worked hard to present a new strong band to you. For us nothing changed, we still making the same music that we love and we still follow the path that we took in the last years. You know what you can expect. Can’t wait to come back and to have a good time with you, all the best!!! Bernemann.

(Russian version of the interview is here.)